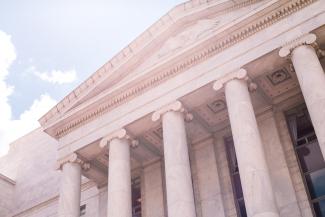 Will Investors Benefit from the New Stimulus Package?

President Trump recently signed the $900 billion stimulus package into law. That relief package has a wide net with a variety of measures aimed at addressing the needs of millions of Americans, including those who have lost their jobs, small businesses, nursing homes, colleges, universities, and K-12 schools. The package extends some services of the original stimulus package that was passed in the spring of 2020, while also adding new measures to help working families who have continued to suffer amidst the pandemic.

There are elements of the new stimulus package that many investors find intriguing. Money has been added to the Paycheck Protection Program, which will offer forgivable loans for challenged businesses retaining employees throughout the pandemic. The new PPP is providing an additional $284 billion in forgivable, federally backed loans. This is likely to indirectly support the markets because it provides funds to keep businesses open and keep people employed.

The new stimulus program also contains several provisions designed to boost investment in clean energy. It will extend federal tax credits that incentivize construction of new wind and solar power projects, as well as tax credits for carbon capture, biofuels and alternative fuels, fuel cells and energy efficiency. Extending renewable tax credits allows the new COVID-19 pandemic relief and government spending bill to boost the renewables building boom and incentivize investment in areas that would not warrant the investment if left alone. By giving money to renewable energy, it could hurt oil companies that have not begun to transition to alternative energies. Some major oil companies have begun to diversify their portfolios to include renewable energy projects, but the vast majority of their profits come from hydrocarbons. A national transition to green energy will be a slow process and be very expensive and hydrocarbons will play a critical role in the transition, but any credits given to support one source of energy will certainly have some negative impacts on the other energy sources.

President Trump’s stimulus package included a $600 stimulus check for qualifying individuals. President Joe Biden is lobbying for an additional $1,400 per person ($2,000 total). This approach is quite controversial.  A $2,000 check per household will likely increase household spending but fiscal conservatives argue that households that were not negatively impacted by the pandemic should not receive a bailout which puts future American generations in debt.  The $600 stimulus check is currently being sent to Americans and consumers appear to be spending more after being somewhat cautious over the holiday season. This increase in consumer spending should benefit the economy because consumers will increase their spending. If the White House and Congress approve the additional $1,400 stimulus check, the stock market will most likely see even more of a benefit because Americans will have more money to spend.  There is some uncertainty as to whether some of the more moderate Democratic Senators will support the larger payments and with the 50-50 split in the Senate, every vote is critical.