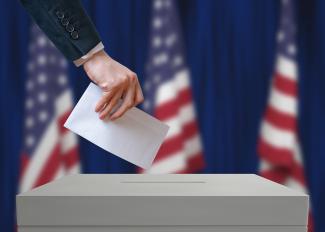 A Democrat in Office Usually Means Growth for Your Portfolio

In the months leading up to another historic presidential election in the United States, most investors had polarizing views about how the economy and stock markets would react depending on who was in the oval office.  One side viewed another four years of Trump as the only way the economy could continue to grow and the stock markets continue to go up.  On the other hand many people believed that without Joe Biden in the White House, the economy was going to experience a period of catastrophic policy changes sending America’s international standing and economy into the toilet.  Only time will tell which side was right but here are some historical facts to better understand what the outcome to your investments might be.

First, let's look at the economy.  In a paper titled, “ Presidents and the U.S. Economy: An Econometric Exploration,” published in July 2015, Alan S. Blinder and Mark W. Watson of Princeton University took a deep dive into the economies under various presidents beginning in the second quarter of 1949.  Their findings suggest, in a multitude of ways, that the economy grows faster under a Democratic president than a Republican.  The average GDP growth rate under a Democratic Presidency was 4.33% and the average GDP growth under a Republican Presidency was 2.54%.  These findings show a clear diversion of economic performance between the Republican and Democratic parties but let’s face it, we are invested in companies and debt obligations, not the economy.

So, what happened to the stock market (S&P) during a similar time period?  According to a study done by CFRA Research, the S&P averaged 11.2% while a Democrat was in the oval office vs. an average annual rate of 6.9% under a Republican presidency.  While there can be an innumerable amount of reasons for this deviation, the sample size and numbers strongly suggest a Democratic presidency is better for your investments.

Call it dumb luck, call it great policy.  The bottom line is that trying to predict if your investments will go up or down according to the president is a fool’s errand.  While the numbers suggest a more favorable long-term outcome with a Democratic president, the near-term securities markets could be filled with negative volatility as policies change.  The key in all of this is to evaluate your goals and time horizon.  Stick to your plan.  The American public spoke, and the outcome resulted in a switch to a Democrat in the oval office.  Time will tell whether this ultimately results in growth of the economy and investments but if history is telling us anything,  the probability would indicate growth.