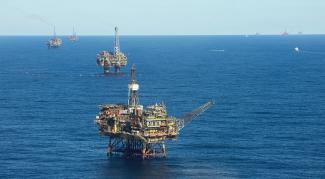 Is this the Wrong Summer for a Road Trip?

As the summer months approach, it is time for the usual rise in gas prices. This seasonal trend is normal, as demand for gas increases with the warming weather. In addition, this is when the changeover to the more expensive summer-blend gasoline occurs, and most refineries cut production as they complete their maintenance for the year. Unfortunately for those planning cross-country road trips this summer, the price hike may be steeper than usual. Gasoline across the country has spiked an average of 23 cents to $2.84 a gallon over just the last month. This is 8 cents higher than where prices were a year ago. Several different reasons contribute to this, but in general, seasonal changes are coupling with the already rising oil prices that have persisted since the start of 2019. Unfortunately, this could be just the beginning, especially after the Trump Administration announced last week that it would not extend the waivers that were put in place last November, allowing certain countries to continue importing oil from Iran. This news came as somewhat of a surprise, as some expected the waivers to be extended.

Taking a step back to provide some context, these waivers were a byproduct of the US’s pulling out of the Iran nuclear deal in May of last year. After the US withdrew, sanctions imposed prior to the agreement against both Iran and those countries that do business with them were reinstated. Those countries had 180 days from the May withdrawal date to stop purchasing oil from Iran and to find alternative sources. The goal was to cut Iran oil exports to zero by November, but some exceptions were made as the November deadline approached. Eight countries, including China, India, Greece, Italy, Taiwan, Japan, Turkey, and South Korea, were given an additional 180 days to reduce their imports gradually. The deadline to extend these waivers was May 2 of this year, and some assumed that the US government would extend the waivers on or before this date. On Monday, the Administration announced that this will not be the case, and Iranian oil purchases must cease by May 2.

The disruption this will cause cannot be denied, as Iran exported around 1.3 million barrels of oil per day in both March and February. This announcement puts heavy pressure on countries relying on Iran’s oil, some of whom expected these waivers would be extended. For countries such as Italy, Greece, and Taiwan, who have already stopped importing oil from Iran, this decision will not be problematic. The same cannot be said for some Asian countries that heavily rely on these imports. China, Iran’s largest oil customer, imported about 500,000 barrels per day in February and March. India, the second largest consumer, has been sticking to an agreement to import no more than 300,000 barrels per day.

Besides disruption to the countries using this oil, the decision raises concern about its effect on the overall oil market, and more specifically, its impact on gas prices. White House officials are suggesting that this will not affect oil prices, and that production in the US and Saudi Arabia will make up the difference. Although consumers hope this will be the case, several other factors currently govern oil supply. First, the Organization of the Petroleum Exporting Countries (OPEC) and its partners, including Russia, slashed oil production at the start of the year. After oil values tanked last December, and in response to oversupply, OPEC made large reductions in oil output beginning in 2019. These cuts are to be revisited in June, but no official decisions have been made. Venezuela and Libya are two other variables influencing the market. Venezuela’s political issues along with sanctions from the US have depleted production, and persistent political turmoil and fighting have disrupted Libya’s output.

With the price of crude oil already up 40% this year, and both intentional and unintentional supply tightening from various parties, where will things go from here? The US’s recent announcement resulted in a 2.9% surge in oil prices, bringing crude oil to a six-month high of $74 a barrel on Monday. Although this may be just the market’s short-term reaction, several factors weigh on the supply of oil, indicating that prices will continue to increase. As the Trump Administration looks to calm the public, what the rest of the year (and especially the summer months) have in store for our gas prices remains uncertain. But this may not be the summer to take the cross-country road trip, as predicting just how high oil prices will rise in the upcoming months depends on too many variables right now.