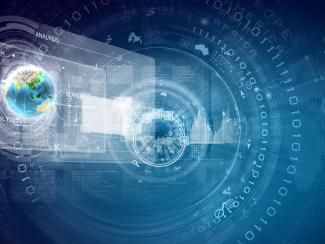 Value, Soon To Be In Vogue?

Investors continuously look for an edge, seeking to maximize returns relative to risks. Favored strategies change cyclically, or trend during certain market environments, but one has always been in style: value investing. Value investors attempt to find underpriced stocks relative to fundamentals, and often examine valuation ratios or use a discounted cash flow model to uncover them. Despite the popularity of the Efficient Market Hypothesis, purists argued that mispricing ran counter to its underlying theory that asset prices fully reflect all available information, and the only way an investor could receive a higher return would be to take on more risk.

Risks themselves tend to fall into two camps: unsystematic and systematic. Unsystematic, or undiversifiable risks, pertain to the uncertainty of investing in one company, and investors can manage them by avoiding putting all their eggs in one basket. Systematic risks, however, are inherent to investing and cannot be diversified away, as they encompass market uncertainties, such as interest rates, volatility, and business cycles. Beta, the measure of volatility of an asset compared to the market, is used as a proxy for systematic risk.
Prior to the 1980s, researchers and academics thought beta, or the magnitude of a stock’s move in relation to the overall market, was the only explanatory variable of a stock’s return. Based on the Capital Asset Pricing Model (or CAPM for short), the individual risk premium of a stock equaled the market premium times the stock’s beta. In essence, a beta of 1.1, for example, meant that CAPM would predict greater out- or underperformance of the market, as the stock had a higher degree of volatility relative to the market.

Nobel Prize winner Eugene Fama and esteemed professor Kenneth French meticulously studied stock returns and sought to develop a model that more fully explained their performance. Although Fama and French ultimately determined that five factors characterized the bulk of stock performance, their research showed that one of the most important and, since their original paper, one of the most studied and used by investors and money managers alike, is the value factor. The value factor is the tendency for stocks that are less expensive, according to a fundamental dimension (such as book-to-market or earnings-to-price ratios), to outperform more expensive ones. Their seminal 1992 paper, “The Cross Section of Expected Stock Returns,” proved just that. It also examined the size effect, or the tendency for smaller companies to outperform larger ones, and concluded that value was an even stronger determinant of stock returns. They went as far as to state, “Moreover, although the size effect has attracted more attention, book to market equity has a consistently stronger role in average returns.” It seems that famous value investors Benjamin Graham and Warren Buffett may have been on to something, whether or not they purposefully leveraged the statistical evidence.

Recently, the value factor has struggled over the past few years, handily becoming the worst- performing factor among domestic equities (Source: QRG). In the domestic equity segment, the factor is down 7.7% on a one-year basis (as of September 30, 2018). Even over a five-year timeframe, it has underperformed factors such as quality and momentum, and is in negative territory.

This poses a challenge to many active fund managers, several of whom prefer companies with attractive valuations. However, a couple of indicators suggest that the pain for value soon may be over. One indicator, the value spread, looks at the difference between cheap and expensive securities—historically, the wider the spread, the stronger the expected returns for value strategies. The spread has widened over the past few years, yet not to levels experienced at the peak of the tech bubble in 2000. Additionally, price-to-earnings ratios for value stocks are trading at a discount relative to their 15-year historical average, whereas those of growth stocks are trading at a premium. Lastly, there has been a significant disparity of performance in growth and value indices, and such wide disparities tend to ebb and flow over time. For example, as of September 30, the Russell 3000 Growth Index is up 16.99% year to date, while the Russell 3000 Value Index is up a relatively paltry 4.17%, a difference of more than 1250 basis points in favor of growth stocks. All these facts may point to better days for value, but exactly when it will be back in vogue is anyone’s guess.