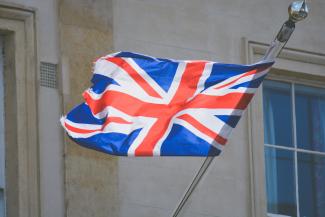 Has any political referendum led to more consternation and hand wringing than Brexit? Nearly three and a half years after the United Kingdom voted to usher in a new epoch in European history, we still do not have a clear vision of what the future may bring for the continent. In the last few months, a series of twists in the Brexit story has begun to lay out a variety of scenarios worth examining as we review their implications for global investors.

The latest character trying to navigate the UK’s exit from the EU is newly minted Prime Minister Boris Johnson. He took the reins from fellow Conservative Theresa May in July 2019. She tried in vain for nearly three years to craft a deal to extract the UK from the EU, but was thwarted time and time again by a rebellious Parliament. To be fair, Ms. May did herself no favors when she attempted to strengthen her hand in negotiations by calling for Parliamentary elections in 2017, and her Conservative party was handed a setback, losing seats in the legislative body. Although she was able to hold on temporarily to her Prime Minister role by forming an alliance with a minor Northern Ireland party, DUP, she was weakened severely by the vote that she called for. After several rounds of negotiations with the EU, Ms. May could not get Parliament to ratify the treaty, based on concerns of a physical border between Ireland and the UK (Northern Ireland). Ultimately, Ms. May resigned in July of this year after failing to get Brexit through Parliament.

Sauntering onto the Brexit scene came Boris Johnson, the affable, if not shambolic, former mayor of London who was appointed Prime Minister in a party vote. Most economists agree that a “hard Brexit,” in which the UK leaves the EU with no agreement in place, would be extremely disruptive to businesses and markets. However, Mr. Johnson was intent on setting the UK on a crash course to leave the EU regardless of whether he could negotiate a better deal than his predecessor. He employed draconian measures to ensure a hard Brexit departure. One was to kick dissenting members out of the Conservative party (including the grandson of Winston Churchill). The second was having the Queen close Parliament until the week before the October 31 Brexit deadline to stifle debate and ensure an exit, either with Parliament’s approval or via a hard Brexit. However, the courts struck down the gambit to close Parliament, and the legislative body will have a say on the final Brexit proposal.

When faced with the prospect of a hard Brexit, the EU backed down and postponed the deadline to January 31, 2020. It also agreed to acquiesce to Boris Johnson’s proposal to ensure no border appears in Ireland, a sticking point in previous agreements. In another victory for Boris Johnson, Parliament agreed to hold snap elections in December. Mr. Johnson views the elections as a referendum on his Brexit deal, whereas the Labour party and a handful of anti-Brexit parties are aligned in attempting to force a second referendum that could rescind Brexit altogether.

With the threat of a hard Brexit temporarily lifted, the pound sterling rebounded to $1.30 after falling to nearly $1.20, its lowest valuation in decades. UK markets have largely recovered since that time as well, but notably lag the MSCI EAFE Index by 26% since June of 2016 (MSCI EAFE Index: 30.3%, FTSE 100: 4.3%). Meanwhile, the yield on the 10-year UK sovereign bond, known as the Gilt, rose slightly to 0.79%, but is still materially lower than the 10-year U.S. Treasury Note’s 1.94% yield. For historical context, both countries’ 10-year yields typically have traded in tandem, and prior to the vote, the difference between the two was only about 0.3%, compared with the roughly 1.2% differential now. In addition, Moody’s Investors Service views the Brexit process as chaotic and a harbinger of policy making in the future, prompting it to lower its outlook for the UK’s debt rating down a notch from its highest rating.

After more than three years of torturous divorce proceedings, the UK and EU can see the potential end of the road. Markets have breathed a sigh of relief that the threat of a hard Brexit is no longer the likeliest of outcomes. Although an orderly Brexit would ensure less short-term disruption, long-term implications still call into question the UK’s place as a hub of global multination companies. It is possible that if enough opposition parties come to power in the recently called election, they would force another vote on the Brexit referendum altogether. However, to say that anyone knows where this long and winding road will end up is foolhardy at best. The rapid pace of developments and twists in this saga over the past month only presage a wild, final few months in what seems like the never-ending saga that is Brexit.

The information, analysis, and opinions expressed herein are for general and educational purposes only. Nothing contained in this weekly review is intended to constitute legal, tax, accounting, securities, or investment advice, nor an opinion regarding the appropriateness of any investment, nor a solicitation of any type. All investments carry a certain risk, and there is no assurance that an investment will provide positive performance over any period of time. An investor may experience loss of principal. Investment decisions should always be made based on the investor’s specific financial needs and objectives, goals, time horizon, and risk tolerance. The asset classes and/or investment strategies described may not be suitable for all investors and investors should consult with an investment advisor to determine the appropriate investment strategy. Past performance is not indicative of future results. Information obtained from third party sources are believed to be reliable but not guaranteed. Envestnet|PMC™ makes no representation regarding the accuracy or completeness of information provided herein. All opinions and views constitute our judgments as of the date of writing and are subject to change at any time without notice. Investments in smaller companies carry greater risk than is customarily associated with larger companies for various reasons such as volatility of earnings and prospects, higher failure rates, and limited markets, product lines or financial resources. Investing overseas involves special risks, including the volatility of currency exchange rates and, in some cases, limited geographic focus, political and economic instability, and relatively illiquid markets. Income (bond) securities are subject to interest rate risk, which is the risk that debt securities in a portfolio will decline in value because of increases in market interest rates. Exchange Traded Funds (ETFs) are subject to risks similar to those of stocks, such as market risk. Investing in ETFs may bear indirect fees and expenses charged by ETFs in addition to its direct fees and expenses, as well as indirectly bearing the principal risks of those ETFs. ETFs may trade at a discount to their net asset value and are subject to the market fluctuations of their underlying investments. Investing in commodities can be volatile and can suffer from periods of prolonged decline in value and may not be suitable for all investors. Index Performance is presented for illustrative purposes only and does not represent the performance of any specific investment product or portfolio. An investment cannot be made directly into an index. Alternative Investments may have complex terms and features that are not easily understood and are not suitable for all investors. You should conduct your own due diligence to ensure you understand the features of the product before investing. Alternative investment strategies may employ a variety of hedging techniques and non-traditional instruments such as inverse and leveraged products. Certain hedging techniques include matched combinations that neutralize or offset individual risks such as merger arbitrage, long/short equity, convertible bond arbitrage and fixed-income arbitrage. Leveraged products are those that employ financial derivatives and debt to try to achieve a multiple (for example two or three times) of the return or inverse return of a stated index or benchmark over the course of a single day. Inverse products utilize short selling, derivatives trading, and other leveraged investment techniques, such as futures trading to achieve their objectives, mainly to track the inverse of their benchmarks. As with all investments, there is no assurance that any investment strategies will achieve their objectives or protect against losses. Neither Envestnet, Envestnet|PMC™ nor its representatives render tax, accounting or legal advice. Any tax statements contained herein are not intended or written to be used, and cannot be used, for the purpose of avoiding U.S. federal, state, or local tax penalties. Taxpayers should always seek advice based on their own particular circumstances from an independent tax advisor. © 2019 Envestnet. All rights reserved.