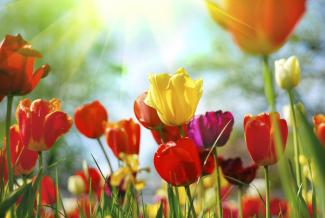 Happy Spring Equinox. Spring is in many ways a rebirth of the year. It is a natural time for us to pause, reflect, clean house, evaluate progress, and plant seeds for the best path going forward. For many, the changing of seasons marks an opportunity to reprioritize objectives and bring goals back into alignment. The Federal Open Market Committee (FOMC) did just that on Wednesday, tempering expectations for further interest rate increases in 2019, and signaling the upcoming end to its Treasury roll-offs and balance sheet reduction efforts in September. The decision came amidst a new set of data that suggests that the US economy is perhaps not as robust as the FOMC had hoped—with indicators such as inflation, unemployment, and gross domestic product (GDP ) growth registering weaker than expected.

Although the decision to pause was not unexpected, given Chairman Jerome Powell’s earlier remarks in January that the Fed would remain patient, it is certainly a pivot from December’s FOMC meeting just three months ago, in which the majority of committee members presumed that there would be at least two increases this year. Notably, last December, 11 of the 17 FOMC members believed that there would be two interest rate increases in 2019, compared with only two members when they met this past week. Among the chief concerns cited were weakness in business investment and consumer spending, as well as a slowing domestic growth picture clouded by concerns over the US-China trade war, fading US tax stimulus, and a broader global slowdown across Europe and China.

The FOMC’s decision to delay further interest rate hikes sent jitters through the markets. Equities initially pulled back over concerns about the slowing growth, and the reduced rate expectations translated into sharp declines in bond yields. The decrease in rate expectations particularly hurt bank stocks on the prospect of lower net interest margins. Equities have since recovered, led by the technology sector, but investors remain concerned about the real possibility of a recession, especially given the dynamics of today’s inverted yield curve.

On Thursday, European leaders agreed to extend the deadline for Brexit, much to the relief of Prime Minister Theresa May. The terms of the extension offered by the EU were two-fold: (1) If the Prime Minister obtained approval from Parliament for her plan of exiting the Union by the end of next week, the date would be pushed back until May 22; (2) If she did not obtain approval, the deadline instead would be a much shorter reprieve of April 12. Mrs. May has been very vocal in her promotion of the now twice-rejected plan and Britain’s reluctance to participate in European Parliament elections in May, which may have resulted in a longer extension.

Among other leading indicators this week, domestic initial jobless claims fell more than expected (221,000 versus the previous week’s report of 230,000), gold inched higher, and the price of a barrel of crude crossed the $60 mark for the first time since November. Energy stocks were hard hit in the fourth quarter, as the price for a barrel of crude fell precipitously during the period, declining more than 40% on the heels of soaring US production related to the shale boom. Since then, oil has recovered, propped up by production cuts initiated by OPEC countries to offset the increased US supply.

All things considered, it appears the Fed was prudent in its decision to forego raising rates for the time being, exercising caution given weak economic data and growing geopolitical concerns. Although slow growth need not necessarily translate into a recession, investors may be best served by acknowledging the increased risk in the economic environment, and positioning portfolios to be hedged and diversified with sources of uncorrelated return. For most, this spring will be a time of planting rather than harvesting, but with the correct care, our crops can remain protected and well nourished for the path ahead.