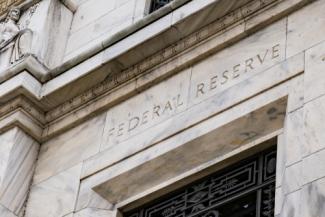 Shifting Winds at the Federal Reserve

A year ago, the Federal Reserve (the Fed) was well along its path to normalize short-term interest rates and shrink its massive balance sheet, reversing a decade of cheap money and quantitative easing in a shift designed to provide the central bank with the flexibility to maneuver when the next recession hits. The Fed embarked on this tightening trail in late 2015, when former Chair Janet Yellen began to slowly, methodically remove the proverbial punch bowl. On Wednesday, however, Chair Jerome Powell and the Fed’s rate-setting body brought the target range for the federal funds rate down 25 basis points to 2.00-2.25%—its first such move in more than ten years. Policymakers typically cut interest rates as the economy approaches or enters a recession, so this cut is notable for its occurrence as the US forges further into its longest economic expansion in recorded history.

As the length of this cycle suggests, the economy is doing well from one perspective, with unemployment hovering near multi-decade lows, 121 consecutive months of economic growth in the bag (and counting), and inflation below the Fed’s 2% target. Had such tight labor market conditions existed in any previous economic cycle in the post-World War II period, the monetary managers at the central bank likely would have seen signs of increasing inflationary pressures, leading them to pump the economy’s brakes to prevent an inflationary spiral. However, a lot has changed in the US economy since the last inflation scare in the 1970s, and the conspicuous lack of inflation this late in a cycle initiated by the most significant downturn since the Great Depression is just one of the indicators that this expansion is quite different from those that preceded it.

Part of the reason that inflation remains below the Fed’s target, despite such tight labor market conditions, stems from the falling share of national production going to wage earners versus asset owners at the peaks of the most recent economic cycles. According to data from the Bureau of Economic Analysis, labor’s share of national income, which typically rises toward the end of an economic expansion, stood at 52.70% for 2017 (the most recent data available), compared with 56.10% in 2008 and the postwar peak of 58.40% in 1970. Furthermore, average hourly earnings increased only 3.10% on a nominal basis over the 12 months ended in June, and inflation at 1.77% over the same period eroded more than half of this growth. Chair Powell noted how wages are finally beginning to increase appreciably on an inflation-adjusted basis, particularly for those at the lower end of the income distribution. With its rate cut, the Fed expressed its concern that continuing to tighten monetary conditions, especially when the global economy is facing trade and investment headwinds, risked tipping the economy into recession.

The other piece of the inflation puzzle is the increasingly fraught trade and investment environment. Although trade tensions between the US and China, the world’s two largest economies, were certainly rising at this time last year, their persistence has increasingly weighed on business confidence and capital expenditures. The Trump Administration has repeatedly wielded tariffs as a stick to extract concessions from trading partners, as well as from regional allies in an attempt to effectuate his immigration agenda. On Thursday, August 1, President Trump announced additional tariffs on $300 billion of consumer goods manufactured in China, to go into effect on September 1, in response to what he viewed as insufficient progress in trade negotiations in Shanghai. Although these threats arguably have brought partners to the negotiating table and benefited favored industries, they have contributed to stagnation in manufacturing and domestic investment. In July, for example, the Institute for Supply Management’s manufacturing index fell to a three-year low of 51.2%. Although any reading above 50% indicates expansion, the comparatively low reading caught the Fed’s attention. Similarly, growth in capital expenditures fell to 1.40% year over year in June—not far from this figure’s post-crisis nadir at the beginning of 2016—while US construction spending fell 2.00% over the same period, according to the Commerce Department.

By way of an inverted Treasury yield curve, the bond market has long expressed the collective view that economic growth and inflation expectations are exceedingly modest. Therefore, in the market’s view, the Fed needed to cut to avoid the dreaded incidence of a policy mistake. As predicted, the Fed cut rates in recognition that normalization cannot come at the expense of the expansion. No doubt aware that options markets are still heavily implying another 25-basis-point cut at the FOMC’s September meeting, Mr. Powell warned that this cut should not be viewed as the first of many. Both the Chair and the Committee clearly hope that marginally easier financial conditions will provide enough juice to keep the economy humming. Whether the global environment will oblige is another matter.