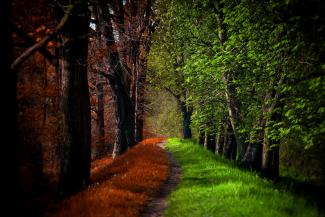 September lived up to its reputation of being one of the most eventful months of the year, from both a monetary policy and geopolitical headlines perspective. Political discord, trade rhetoric, and the Federal Reserve’s (the Fed) policy comments on future rate cuts contributed to an interesting environment during the month. The Fed reduced the benchmark interest rate by 25 basis points, keeping it within a range of 1.75% to 2.00%, in its second rate cut of 2019. The Fed also intervened in the repo market after rates shot up to as high as 10% for the general collateral repurchase agreements. Corporate tax payments, recent government bond issuance, and the Fed’s recent shrinking of its balance sheet that drained cash from the system were factors that caused a spurt in these overnight rates.

World markets were shaken by drone attacks in Saudi Arabia, knocking out the country’s second largest oil field, resulting in oil prices spiking by more than $10 per barrel. However, energy markets proved largely resilient, and oil prices stabilized after assurances from the Saudi government that it has enough reserves to support the oil demand. In this context, commodities posted slight gains, with the Bloomberg Commodity Index returning 1.17%. Cryptocurrency came back into the spotlight, as Bitcoin sold off, losing 13.61% in September to close at $8,315.

International equity markets delivered strong results in September, as the MSCI ACWI ex-U.S. Index gained 2.57%. The European Central Bank, on the back of a weaker economic outlook, pushed interest rates further into negative territory and initiated quantitative easing. Within Europe, Germany’s unemployment figures fell unexpectedly in September and retail sales rose in August, temporarily setting aside concerns that a manufacturing slump is taking a toll on the German economy. Italy’s inflation remained at a near-three year low of 0.40%. Switzerland’s Economic Institute showed weakness in both the manufacturing and service sectors. The MSCI Europe Index returned 2.72%. MSCI Japan posted an impressive 4.04%, which surprisingly comes at a time when the Japanese government hiked its consumption tax for the first time in five years. Emerging markets was an area of weakness among much strength abroad, as the MSCI Emerging Markets Index gained 1.91%. China was the main culprit behind the emerging markets weakness, with the MSCI China Index gaining 0.03%.

Fixed income markets mostly posted slight losses for the month as interest rates moved higher, as the Barclays US Aggregate Bond Index declined 0.53%. Despite the losses in September, most fixed income asset classes generated gains for the third quarter and improved their returns for 2019. The Barclays US Aggregate Bond Index is now up 8.52% through the first nine months. In September, the yield on the U.S. 10-Year Treasury Note climbed 16 basis points to 1.67% from 1.51%. Global bonds trailed relative to domestic fixed income, as the Barclays Global Aggregate ex-US Index fell 1.42%. High yield outpaced investment grade, as the Barclays US Corporate High Yield Index gained 0.36% and is now up 11.41% in 2019. Bank loans also posted positive results, with the S&P/LTSA Leveraged Loan Index gaining 0.47%. Municipal bonds mostly trailed their taxable peers for the month, with the Barclays Municipal Index declining 0.80%.