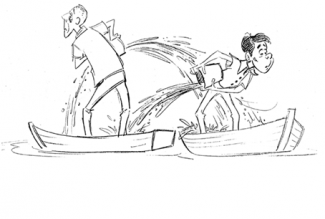 Following one of the most difficult Decembers in recent years for equity markets, investors surely are pleased to see 2019 begin with a rally in risk assets. One of the key factors fueling this risk appetite is the recent shift in the Federal Reserve’s (the Fed) tone on monetary policy. Following its January meeting, the Fed announced it will be patient as it determines future adjustments to the federal funds rate, and flexible with the pace of its balance sheet runoff. Investors keyed in on the word “patient” as an indication additional rate hikes may be off the table for now, and this dovish pivot in tone bolstered risk assets even as expectations for US and global growth have moderated.

However, with policy tools still limited following the Great Recession, it is worth pondering whether the Fed may be sacrificing ammunition to combat the next recession in order to help prolong the current economic cycle. If, in fact, the current federal funds rate (2.25%-2.50%) is the terminal level of this cycle, the Fed will have far less slack to cut rates when stimulus is needed than it has in past recessions. Furthermore, with the balance sheet runoff following quantitative easing (QE) only 15 months underway, and speculation that the passive runoff could end later this year with nearly $4 trillion still on the balance sheet, it could limit the effectiveness of another QE stimulus package in the future. The price of this decision could ultimately be a longer and deeper recession in the next economic downturn.

One may look to Europe as an example of the predicament in which a central bank can find itself: a slowing economy with limited stimulus tools at its disposal. Although the European Central Bank (ECB) terminated its QE program at the end of last year, it originally had planned to begin raising interest rates shortly thereafter, by as early as midyear. However, slowing economic growth across the continent almost certainly will prevent this from happening. Last month, the ECB said risks to the Eurozone's economic outlook had shifted to the downside, while the European Commission slashed its outlook for growth across the region last week. Brexit also remains an uncertainty, with the likelihood of a no-deal Brexit increasing as March grows closer on the calendar. Just last Thursday, the Bank of England forecast 2019 UK gross domestic product would grow at the slowest pace since 2009. With policy rates still in negative territory, and having all but run out of bonds to buy as part of its QE program, the ECB will be extremely challenged to stimulate growth and inflation if the trajectory of the continent continues to head toward a recession.

Fortunately, on this side of the pond, the economic outlook is measurably stronger despite a moderating pace of GDP growth. Perhaps most importantly, consumers, who account for nearly 70% of US GDP, continue to be supported by low unemployment and the strongest wage growth since 2005. The old adage that business cycles do not die of old age remains true, and stimulative factors, such as a trade deal between the US and China and corporate capital expenditures, certainly could serve to extend the current cycle. Of course, no one can predict precisely when the next recession will hit, so perhaps as this cycle continues to mature, it’s prudent for investors to focus a bit more on quality and liquidity, while maintaining a diversified portfolio designed to meet long-term goals.