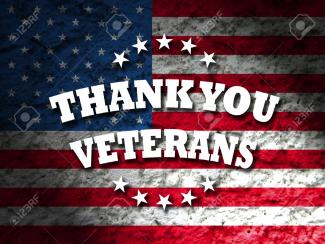 The domestic equity markets returned to a more risk-on posture from the more defensive tone of the previous month. Interest rates were cut for a third consecutive time, planned tariffs on Chinese goods were postponed, and Brexit was delayed for another three months. Most powerful, though, was better-than-expected earnings for corporate America, as companies as a whole outperformed their previously lowered earnings estimates. Small caps narrowly outpaced large caps, and remain more attractively valued according to their P/E ratios relative to historical averages. Although foreign revenue for small cap companies is only about 21% (versus roughly 37% for large caps), trade war and tariff effects throughout the supply chain can have a broad impact across many small companies, so optimism about a trade deal with China helped boost stock performance. Small cap Health Care stocks performed particularly well during the quarter, with biotech names shining despite continued deliberation on drug pricing in Washington.

All major domestic indices showed gains for the month, led, as noted above, by small cap securities. Investors flocked to some of the riskier sectors such as Technology and Health Care, pushing the growth variants of each of the indices to outperform the value variants. The Russell 2000 Index returned 2.60%, roughly 50 basis points more than the Russell 1000 Index. Mid caps, as represented by the Russell Midcap Index, were the laggards for the quarter, up slightly more than 1%. Modestly rising Treasury yields held back some of the more defensive sectors such as Utilities and Staples, which trade partially on their dividend yields.

International equity markets1  outperformed their US counterparts during October amid an easing of global geopolitical tensions. The developed markets, as measured by the MSCI EAFE Index, rose 3.6%. A reduction in trade tensions between the US and China, and Boris Johnson securing an extension on Brexit negotiations with the EU until January 2020, were significant positives for Europe (3.2%), whose dependence on international trade has made the region more vulnerable to the trade-induced slowdown in global economic growth. Germany (5.9%) and the UK (2.8%) were major beneficiaries. Elsewhere, Japan (4.9%) was a top-performing market during the month, as improving corporate earnings helped extend last month’s rally.

Emerging markets also had a strong month (4.2%), spurred on by President Trump’s call for phase one of a trade deal with China (4.0%). The potential deal includes increased purchases of US agricultural products by China and calls for more transparency in currency markets, among other factors, and could signal that both parties actually may want to reach a deal. Latin American markets (4.5%) also surged, led by Brazil (6.4%), but held back by Argentina (-4.8%) as it continues to transition to a new government. Turkey also was a notable laggard, falling 8.3% as it launched an offensive into Northern Syria, drawing threats and sanctions from the US and other allies.

The domestic fixed income markets2 were generally higher by 20 to 70 basis points, with only the longest-maturity Treasurys and the CCC-rated portion of the high yield index showing negative returns. The Bloomberg Barclays Aggregate Index was up 30 basis points, outpaced by investment grade corporates (57 basis points). US economic data confirmed a slowing of growth, with third-quarter GDP growth reported at 1.9% (above the 1.6% consensus estimate, thanks to resilient consumer spending) but down from 3.1% and 2% in the first and second quarters, respectively. As a result, the Federal Open Markets Committee (FOMC) cut the target range for the federal funds rate by 25 basis points to 1.50%-1.75% during its October meeting. This was the third cut year to date amid muted inflation prints and continued concern about the economic outlook. The Treasury curve steepened in October, unwinding more than four months of inversion between short and intermediate rates. Despite the softer economic data, spreads on investment grade corporate bonds tightened by five basis points, driven by positive corporate earnings, a lessening of China trade concerns, and significant retail flows into taxable bond funds. High yield spreads widened by 19 basis points, but remain tighter than at the beginning of the year by 134 basis points.

Municipal bonds had a relatively modest (but positive) month, as the Bloomberg Barclays Municipal Bond Index gained 18 basis points in October. Short-maturity bonds, those with maturities between one and five years, increased the most, up 42 basis points. This was the result of the municipal curve following the U.S. Treasury curve by steepening over the month, with short-term yields falling and intermediate- and long-term yields ending slightly higher. Performance from a credit-quality perspective was largely undifferentiated, as AAA-rated credits were in line with high yield credits. Supply picked up in October and was 38% higher than the same month last year, but the supply/demand technical is still askew, as inflows continued for the forty-second consecutive month and now total $74 billion year to date.

Hard currency emerging markets sovereign debt, as represented by the JPMorgan EMBI Global Diversified Index, was marginally positive at 28 basis points. The weaker dollar created substantially better returns, however, as the local currency index was up 2.9% (though it still trails the hard currency index by slightly more than 2% for the year). The positive returns are somewhat surprising given the volume of negative news globally, from the new government in Argentina, anti-austerity riots in Chile, and contested election results in Bolivia.

1Unless otherwise noted, returns are for the appropriate MSCI Indices.

2Unless otherwise noted, returns are for the appropriate Bloomberg Barclays Indices.

3Unless otherwise noted, returns are for the appropriate Bloomberg Barclays indices, in dollar terms.