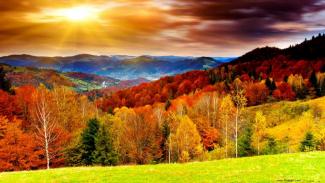 The domestic equity markets fell sharply in October amidst high volatility, with big swings day to day, and in some cases, intraday. After leading the way up over the last six months, the growth indices led the way down in the reversal, driven by steep losses in the largest technology names, such as Amazon and Netflix, both down roughly 20%. The pullback in the month appears to be a reassessment of risk and some of the lofty valuations reached by these technology companies. Some of the earnings reports were very strong, some mixed (beating expectations this quarter but reducing estimates going forward), and some missed entirely, but all were dragged down in the final two weeks of the month. It is still unclear whether this is simply a reaction to stretched valuations, with the pullback providing a new entry point for investors and more modest but positive price targets for growthier companies, or the beginning of a more significant shift, whereby investors put more emphasis on the safety of companies with low price/earnings (P/E) and price/book (P/B) ratios and higher dividends.

Large caps, as represented by the Russell 1000 Index, were down 7.1% and represented the best return for the month. The Russell 2000 Index was down 10.9%, as smaller company fundamentals, like earnings growth, have failed to keep pace with their larger cap counterparts for some time and have raised investor concern. Smaller company leverage also is at an all-time high, with much of it in floating rate rather than fixed rate debt during an extended period of rising interest rates. As noted, the value versions of the indices outperformed in October, down 2.0%- 2.5% less than the core indices. The Bloomberg Commodity Index as a whole was down 2.2%, and the Dow Jones U.S. Select REIT Index dropped 2.6% for the month.

The international equity markets sold off during October, as a variety of economic news released during the month pointed to a broader economic slowdown outside of the US. The European Union (EU) reported positive but slowing growth during the third quarter at 0.6%, decelerating from the 1.8% rate in the second quarter and well behind the US, whose economy expanded at a 3.5% rate. This marked the weakest reading in the EU since 2013, when the continent was in the grip of a banking crisis. Uncertainty around trade policy between China and the US seemed to have a knock-on effect in the eurozone, as exports slowed significantly during the first eight months of the year. The US dollar continued to appreciate during the month, but its effect on non-US equities was muted relative to the prior nine months of the year. In a reversal, dollar strength caused more problems in developed markets than in emerging markets. European markets were down 7.6%, led by Italy, which declined 9.4% amidst its budget impasse struggles with the ECB. The UK and Spain, among the best performers in the region, were down just 6.8%. Japan was slightly worse, down 8.5%, whereas the remainder of Asia was down nearly 11%. Emerging markets equities also fell, slumping 8.7% for the month as a whole, but with very different results by region. China reported its weakest quarter of economic growth since 2009: 6.5%, down from 6.8% during the first half of the year. The economic deceleration was caused by several factors, including weakness in industrial production and faltering retail sales, and led to the Chinese equity market dropping nearly 11.5%. But optimism around Brazil’s presidential election led to a massive rebound in the equity markets, which were up 17.8% in October and 3.4% for the year.

Domestic fixed income markets posted losses in all but the shortest maturities in October, as interest rates rose and spreads widened in every segment of the market. Yields on short- and intermediate-term Treasurys ended the month three to six basis points higher, but were nearly 15 basis points higher early in the month. The real shift in the yield curve came in the long end, as the yield on the 30-year Treasury Bond ended the month 15 basis points higher, slightly below the high for the month. Asset backed spreads, including agency MBS and CMBS, widened by roughly six basis points, and corporate credit spreads widened by more than ten basis points. The widening in credit spreads was driven by investors’ risk appetite, rising rates, and falling equity prices, which tend to make investors more conservative, rather than any significant change in economic fundamentals or supply/demand technicals. US economic data continued to show enough strength to keep the Federal Reserve (the Fed) on its current path for another rate hike in December. The Aggregate Index was down 79 basis points in October, led by Treasurys (48 basis points) and agency MBS (63 basis points). Investment grade corporate bonds declined 1.5%, and noninvestment grade bonds were down 1.6%. Short-maturity indices (those with three-year-or-shorter maximum maturities), posted gains between ten and 20 basis points for the month. Bank loans, with their floating interest rates, dodged the worst of rate hikes for the month, but widening credit spreads left the S&P/LSTA Leveraged Loan Index down three basis points.

Short- and intermediate-term municipal yields and spreads also increased during the month, but at a slightly quicker pace than Treasurys with similar maturities. The ten-year muni-to-Treasury ratio climbed to 88%, the cheapest level in six months. Retail municipal bond funds have had outflows every week this month, totaling well above $2 billion. However, the outflows have been concentrated in long maturity and high yield funds, and demand is still strong, particularly for larger, well-known municipalities, as credit fundamentals remain solid for the market as a whole. October is on pace to be the top issuance month of the year so far at just under $40 billion, but year-to-date issuance is still off 10%-15% from the same period last year. The broad municipal index was down 45 basis points in October, whereas the intermediate (1-15 year) index was down 28 basis points. Like its taxable counterpart, the 1-3 year index was up a modest eight basis points. In addition to closely watching the Fed, the municipal markets are paying close attention to the upcoming midterm elections. Although the consensus today is that the Democrats will take control of the House and Republicans will retain control of the Senate, a significantly different outcome could affect the municipal market

Major developed markets sovereign bonds also were down in October, with the Global Treasury ex-US Index down slightly more than 1.0%. Credit spreads widened in most markets as well, resulting in the Bloomberg Barclays Global Aggregate ex-USD Index falling 1.4% on an unhedged basis. European high yield bonds also fell, declining by 1.3%. Developed markets currencies have faltered as US interest rates have risen, with the Japanese yen (0.5%) the only positive performer. The euro (-2.2%) and the British pound (-2.5%) were down through October 31. After recouping some of their year-to-date losses in September, emerging markets bonds posted negative returns in October, as the US dollar strengthened relative to a basket of major trading partners’ currencies. Both government and corporate debt are down, though government debt’s 1.68% decline is greater than corporates’ 0.33%. High yield government and corporate bonds also have outperformed their investment grade counterparts. After being buffeted by crises, the Argentinian peso (12.5%), Turkish lira (10.6%), and Brazilian real (9.5) have rebounded to be October’s best-performing currencies, though they are all significantly weaker relative to the USD than at the start of the year.