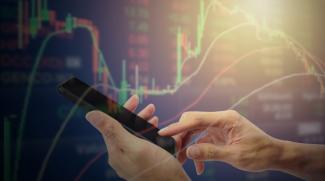 March Madness in the Yield Curve

On Friday, March 22, the yield on the 10-year US Treasury Note fell below the 3-month yield, suggesting that buyers expect the economy is on a downward trajectory. This is colloquially known as an inverted yield curve, which commonly is viewed as a leading indicator of economic recession. The last time we witnessed an inverted yield curve was 2007, and we all remember the Financial Crisis that followed. However, no leading indicator is perfect and each situation is unique. The current yield curve inversion begs the question: Should investors be worried—or even start to panic?

First, it is important to understand why an inverted yield curve is significant. In simple terms, longer-maturity bonds are associated with higher yields more often than not because of the inherent risks tied to the longer time horizon (a maturity risk premium). The inverted yield curve suggests that bond buyers are predicting a lower interest rate environment in the future, and therefore are demanding longer-maturity bonds in the present to compensate for that expected loss of income, driving yields down on longer-maturity instruments. Although inflation expectations certainly play a role in buyer behavior, buyers also recognize that lower interest rates in the future may indicate a slowing economy or recession on the horizon. The most recent yield curve shift came shortly after the Federal Reserve (the Fed) reduced its growth expectations and indicated that it may not hike interest rates at all in 2019, backing off its previously hawkish tone. That leads us to where we are today—concerned about future interest rate levels, a slowing economy, and the possibility of a bear market.

On the bright side, investment professionals have been prepared for a potential economic slowdown for years. Despite a volatile fourth quarter in 2018, US equity markets are continuing an arguably unprecedented ten-year bull run. But, the good times must come to an end sooner or later. Before the yield curve inverted, most investment professionals and asset managers kept a close eye on a flattening yield curve and suggested that we already may have reached our peak economic growth rate. Although an inverted yield curve is a headline grabber, the prospect of a slowing or shrinking economy should not be news to anyone. And last week, the US government revised its fourth-quarter economic growth estimate down to a 2.2% annualized increase from 2.6%, which could be a sign that growth is slowing more quickly than expected.

Slowing or not, the US economy continues to grow. We remain at full employment, and the stock market has bounced significantly from late December lows. If business confidence remains high, companies could increase fixed investment and stretch the current bull market run even further. Increased business investment could maintain or even increase current levels of productivity and push the economy forward, though it remains to be seen whether this will materialize. This could help offset fading consumer confidence, an indicator suggesting that the consumer is unlikely to continue to single-handedly support the growth rate of the economy.

Ultimately, despite general agreement that an inverted yield curve signals that we are in the late stages of an economic cycle, historical evidence is too hazy for us to predict accurately when the stock market, or for that matter the real economy, will contract and with what magnitude. Over the past 50 years, a recession has followed all but one instance of an inverted yield curve, but the timing of that recession ranges from a few months to two years after the initial inversion. If the inversion were to persist for several months, the signal would become difficult to ignore. In the meantime, investors should keep a close eye on both the Fed’s policy moves and corporate investment decisions, as the yield curve is not the only indicator for the state of the economy.