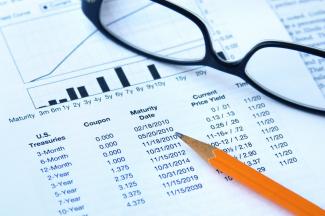 Stop for a moment and imagine the year is 2100, the world has been fossil-fuel free for two decades, flying cars are at the cusp of attaining commercial viability, and Wall-E 1.0 has just been released. And now remember your government still has 19 years left on the ultralong, 100-year bond it issued in 2019. Sounds pretty crazy, right? Well guess again, as the last part of that future is an almost certain reality: 100-year government debt is not only being discussed as a possibility but already being issued in several countries.

Although not exactly a rare occurrence, the practice of issuing ultralong bonds is rare. Governments (mostly long-standing European countries) have been issuing ultralongs for hundreds of years. However, other countries, municipalities, and even corporations have started pushing their debt out to the next generation. Most notably, the US has recently flirted with issuing either 50- or 100-year bonds, but it is not the first time it has done so. The US issued 50-year, 3% coupon bonds in 1911 to fund the construction of the Panama Canal. And even though the US has not yet decided to issue any ultralong bonds, several European countries (Austria, Belgium, and Ireland) successfully issued 100-year, “century” bonds in the last several years. Curiously, Argentina, which has defaulted twice in the last 15 years, is among those who have issued 100-year bonds, doing so in 2017.

Municipalities and corporations also have been getting in on the action. Universities such as Rutgers, the University of Virginia, and the University of Pennsylvania have chosen to issue 100-year bonds to help pay for campus capital improvements. Coca-Cola and Walt Disney are two of the most well-known corporate examples, with both having decided in the early 1990s to fund operations through 100-year bonds. French energy company, EDF, and Brazilian energy company, Petrobras, are more recent examples of private entities selling ultralong debt, which they did in 2015.

So what is the driving force behind these recent ultralong issuances? For one, it stems from institutional investor demand, such as pensions and endowments seeking longer durations to match their longer, often perpetual, time horizons. Additionally, hedge funds are common buyers of ultralong debt, as its increased convexity can make for attractive asset-allocation opportunities. But far and away the largest driver behind ultralong issuance is that governments, municipalities, and corporations believe the current low-interest-rate environment makes for an attractive opportunity to lock in low rates. The Austrian and Belgian century bonds mentioned earlier were issued with annual coupons of 2.10% and 2.30%, respectively, just above inflation targets and only possible due to the negative-interest-rate environment that has taken hold in much of Europe.

The inevitable question retail investors, tax-paying citizens, and market observers come to is this: What is the implication of issuing debt that will be the next generation’s obligation? So far, the entities that have offered such bonds, outside of the regularly defaulting Argentina, are those with the willingness and ability to service such an ultralong obligation. And as most of these issuances are still relatively small in size compared with each government’s or corporation’s total debt, we have not seen a test case of ultralong issuance taking up a greater share. But that could change the longer we remain in this low-inflation, low-interest-rate environment, and the knock-on effects are relatively unknown.