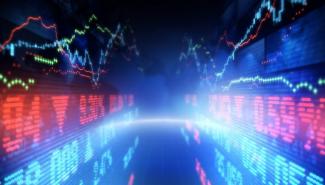 Domestic equity markets posted another month of positive returns, reaching new all-time highs, as investors priced in the upcoming Federal Open Market Committee’s (FOMC) rate cut decision. On July 30 and 31, the FOMC met and decided to lower the target range for the federal funds rate to 2% - 2.25%, a reduction of 25 basis points, and the first rate cut since 2008. The Committee sited “implications of global developments for the economic outlook” and “muted inflation pressures” as its reasoning for the rate cut. Although the rate cut was expected, the  press conference that followed left market participants unsure about future action, as Jerome Powell, Chair of the Federal Reserve (the Fed), referred to the cut as a “mid-cycle adjustment in policy” and not the “beginning of a lengthy cutting cycle.” He made the assurance that the Fed will act as needed to continue to support the expansion with a strong labor market and a controlled rate of inflation.

For the month of July, the S&P 500 Index returned 1.44%, and the DJIA posted a gain of 1.12%. Year to date, both indices have shown strong performance, returning 20.24% and 16.69%, respectively. Within domestic stocks, small caps trailed large caps, as the Russell 2000 Index returned 0.58%, while the Russell 1000 Index generated a return of 1.55%. Mid cap stocks outperformed small caps, with the Russell Mid Cap Index gaining 1.49%. Growth stocks outperformed value stocks, with the Russell 3000 Growth Index returning 2.17% compared with 0.78% for the Russell 3000 Value Index. Sector performance was mostly positive, with the Communication Services and Information Technology sectors producing the best results, returning 3.37% and 3.33%, respectively, whereas Energy and Health Care struggled the most, declining 1.78% and 1.59% on a respective basis. The Bloomberg Commodity Index declined 0.67% in July.

International equity markets underperformed relative to their domestic counterparts, as the MSCI ACWI ex-U.S. Index fell 1.21% in July, marking six months of underperformance so far this year. Emerging markets equities had similar performance to that of international developed equities, with the MSCI EM Index declining 1.22%. International markets sold off during the last few days of the month in response to the European Central Bank’s (ECB) decision to keep interest rates steady. However ECB President Mario Draghi signaled that the bank is preparing to cut short-term interest rates and restart the bond-buying program in the future as needed to support the slowing eurozone economy. The ECB is primarily concerned with the manufacturing sector, which has experienced a deep contraction in July and is not expected to improve over the short run. Despite weakness from the manufacturing sector, the forecast for euro area GDP growth remains unchanged at 1.20% for 2019, whereas the forecast for 2020 has been lowered slightly to 1.40%.