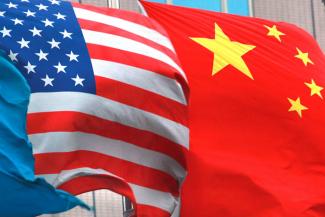 The strong start to 2019 continued for domestic equity markets during February, as progress toward relieving trade hostilities between the US and China and an increasingly dovish Federal Reserve fueled investors’ risk appetite, despite moderating domestic economic data. US equities continued to move higher in a continuation of January’s trend (albeit not as sharply as in January), bouncing back from the severe correction in the fourth quarter of 2018. Growth stocks unsurprisingly outperformed their value counterparts given the risk-on environment, with returns increasing and the growth/value disparity becoming more pronounced further down the market-cap spectrum. Domestic large cap stocks broadly showed positive returns during the month, with the Russell 1000 Growth Index modestly outperforming the Russell 1000 Value Index (3.58% versus 3.19%). The Russell Mid Cap Index was up 4.30% during February, led by Information Technology (8.70%), with growth (5.86%) outperforming value (3.18%) by 2.68%. Small cap US stocks also continued their upward momentum during the month, with the Russell 2000 Index up 5.20%. The charge was led by Information Technology (8.40%) and Health Care (6.10%), as growth (6.46%) continued to outperform value (3.89%). Although the index has not quite made a full recovery to the previous highs reached in late August of 2018, it has risen more than 17% on the year and more than 22% since the lows reached on December 24, 2018, a testament to the strong risk appetite and reversal of trend seen over the first two months of the year.

Outside the US, returns in February were more modest across the board, as international markets trailed their US counterparts during the month, but still posted positive overall returns. Despite the positive performance, economic growth outside the US remains subdued, and political uncertainty continues to weigh on markets in Europe. The UK is fast approaching the March 29 Brexit deadline without a deal, and Spain’s opposition party recently rejected the national budget and called for snap elections. However, these headlines were not enough to derail the MSCI EAFE Index’s continued rebound after the fourth quarter sell-off, and the index gained 2.55% in February. Developments in China also were among the main headlines during the month, as the nation pushed closer to a trade deal with the US. President Trump delayed planned tariff increases that would have gone into effect on March 1, giving a boost to global equity markets. Additionally, China continued to implement stimulus measures to combat its recent economic slowdown, and the effects have begun to surface, with local government bond issuance increasing in February. This spurred China to a solid 3.50% return for the month of February. This was offset in the MSCI EM Index by other emerging markets like Turkey
(-3.50%), which is still reeling in the aftermath of the currency sell-off last year that spurred significant inflation in the country. Overall, emerging markets were flat for the month.

Domestic fixed income markets posted mixed results during February as yields moved higher across the curve, and the Bloomberg Barclays US Aggregate Index fell six basis points during the month. The spread sectors, however, withstood the upward move in rates, as corporate credit spreads tightened across the board, led by US high yield (1.66%) and bank loans (1.59%), both of which outperformed their investment grade counterparts (0.22%). Securitized assets also saw tighter spreads lead to modestly positive returns (CMBS 0.41%, ABS 0.28%), with the exception of Agency MBS, in which spreads widened by three basis points. February was another favorable month for municipal investors, with positive returns across all segments of the market, as strong demand continued to be met by relatively light supply. The longest maturities outperformed both intermediate and short-term municipals last month, and in a return to the theme for much of 2018, lower-quality investment grade credits outperformed higher quality, with the BBB-rated issues leading the way. Municipal bond supply levels will likely increase in coming months given the seasonality of the municipal market, but not enough to match the amount of debt rolling off, leading to an expected negative net supply for all of 2019.

Several factors have been hanging over the non-US fixed income markets for the last few months, but US trade tensions with China have been the biggest headline. In addition, slowing US growth, Brexit, political turmoil in Venezuela, and the failure to reach a nuclear arms deal with North Korea all made significant headlines during the month. The developed fixed income markets were off slightly in February, with the Bloomberg Barclays Global Aggregate ex-US Index down 1.04%. However, this primarily was due to a strengthening US dollar during the month, as the dollar-hedged version of the index was up 22 basis points. The emerging markets were up slightly for the month, with the external currency sovereign index rising 1.00% and the emerging markets corporate index increasing 1.15%. The advance in emerging markets was widespread, with only Venezuela and Argentina turning in negative performance. Emerging markets local currency bonds were down 1.09%, however, as the majority of emerging markets currencies depreciated against the US dollar.