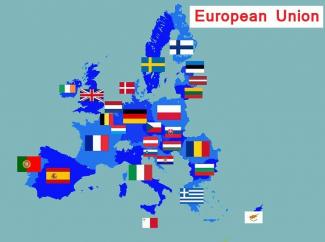 The EU: One continent, many member states, several political voices…

The European Parliament (EP) is an important forum for political debate and decision making at the European Union (EU) level. The Members of the European Parliament, or MEPs, are elected in the member states and represent the interests of the EU’s inhabitants. Over the years, and with subsequent changes in European treaties, the EP has acquired substantial legislative and budgetary powers. The EU consists of 28 member states, including most of the formerly communist countries of Central and Eastern Europe, and is viewed largely as a formula for global peace and prosperity. For much of the last decade, however, many EU countries have faced considerable economic and social difficulties. Chief among them include the rise of illegal migrant crossings into Europe, suffocating indebtedness of the southern members, rising populist nationalism, high unemployment, and low productivity.

EP elections took place May 23-26. Voter turnout jumped to more than 50%. In fact, it was the second-largest election in the world behind India, with 350 million eligible voters across 28 European countries choosing who should sit in the 751 seats of the EP, which is located in Strasbourg, France. Parliamentary seats are appropriated to each country according to the size of its population. Germany, the EU’s most populous state, has 96 representatives, whereas small countries such as Cyprus, Malta, and Luxembourg have six each. That said, MEPs do not always vote along national lines. Once elected to the EP, they join larger parties and coalitions. MEPs are elected to five-year terms and oversee diverse sets of polices and guidelines, ranging from trade deals, how to fund European defense, and regulating the European economy. The EP has eight political groups at present, and forming a new group requires at least 25 members from a minimum of seven countries. Today, the largest groups are the center-right European People’s Party and the center-left Socialists and Democrats, both of which have been dominating European politics for decades.

The election revealed that Europe’s long-dominant centrist party is weakening. For the first time since 1979, Christian Democrats and Social Democrats, the reliably pro-European bloc, no longer hold the majority among the MEPs, putting the EP at a crossroads. The recent election results have left the continent polarized and more fragmented. In France, the National Rally Party won the most seats. It is a right-wing populist party founded on French nationalism, controls rules on immigration, and often has been accused of fostering xenophobia and anti-Semitism. The United Kingdom (UK) voted (even though Britain is planning to leave the EU, and its EU lawmakers will lose their jobs as soon as Brexit happens), and the vote showed a universal anger at the two long-dominant parties, the Conservatives and Labour, who have led the UK into Brexit gridlock. Nigel Farage’s Brexit party catapulted the governing Conservatives and seized victory. And in Italy, the populous League Party won by a landslide, headed by its hard-line leader, Matteo Salvini, who positioned himself as the leader of the European populist movement and delivered his trademark criticism of the EU. Salvini has become the dominant force and created a Pan European far-right group, denouncing the EU’s pro immigration policy, describing Islam as the biggest security threat to Europe, and pledging to return control of the EU to its citizens. His party won 25% of the Parliament, representing a referendum on Europe’s future, up from just 6% at the last European election in 2014.

But Europe is not only changing to the right. In Germany, the two ruling parties (center-right Christian Democratic Union and center-left Social Democratic Party) had their worst national election results since World War II. The centrist, pro-European Green Party, focused on climate change and European solidarity, won more than 20% of the vote, its best results ever. As for German chancellor Angela Merkel’s chosen successor, Annegret Kramp-Karrenbauer, unless she changes her policies, voters will likely continue to drift away from Germany’s post-1945 two big parties. These two parties have focused far too much on serving the older generation and supporting pensions at the expense of involving younger voters. A green wave also extended to Finland, Ireland, Portugal, and Belgium. Undoubtedly, these pro-European parties (a thin majority) must unite to maintain their voice, and their candidates must combine with Emanuel Macron’s party in France and small pro-European parties in the UK to maintain their pro-EU majority position in Parliament.

This new organic force, like the Green Party, has further fractured the pro-European assembly that was traditionally held by the center-left or the left-center-right parties. The 28 European member states’ leaders must forge new alliances to keep a majority stronghold on their pro-European agenda. This transformation puts the EP to the test of whether it can align its common goal of fiscal, social, and political cohesion.

Next month, on July 2, the MEPs will elect an incoming chamber and a new President of the European Commission (the EU’s executive body). Member states nominate a candidate for the post, but in doing so, they must take account of the European election results. Party group leaders are likely to signal what kind of alliance might hold, and who might be the best candidates for the EU's top jobs. The new EP will set the stage as its members gather to see where the economic and political pieces lie. It is clear Europeans are not unified in political alliance now. This election will likely show their strengthening power to reject the status quo in today’s political climate. The result could reshape Europe’s political landscape for years to come, which could further weigh on an already stressed global economy.