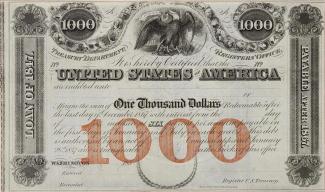 Beginning in the second half of 2010, asset managers and economists began forecasting the Federal Reserve’s (the Fed) first postfinancial crisis rate hikes, and higher rates across the curve by the middle of 2011. It would be more than five years before the Fed’s first actual rate hike at the end of 2015, but for most of that period, the belief that higher rates were just around the corner convinced most asset managers to position their portfolios with shorter average maturities to minimize potential losses the higher rates would inflict. In order to offset the lower yields created by shortening the average maturity of their portfolios (and the absolute lower yields associated with a 0% federal funds rate), most portfolio managers increased their exposure to the spread sectors, particularly lower-quality bonds offering more yield. This positioning worked, and worked well. In the five-year period ending December 31, 2007, less than 25% of intermediate-term taxable bond mutual funds outperformed the Bloomberg Barclays Aggregate Index. 1 In the seven-year period ended December 31, 2017, more than 60% of that peer group managed to beat the Index. But, as we contemplate the next five years, the opportunity set is decidedly narrower.

The primary driver of outperformance for many mutual funds in the 2011-2017 period was a high exposure to A- and BBB-rated corporate bonds. Entering 2011, the option-adjusted spread on A-rated corporate bonds was 151 basis points, and 211 basis points for BBB-rated issues. 2 By the end of 2017, these had fallen to 77 basis points and 128 basis points, respectively, creating significant capital gains for holders of these issues (along with near nonexistent defaults). Despite a modest widening since the end of the year, a significant contraction in these spreads is unlikely, as the 10-year precrisis average spread for the A-rated Index is 101 basis points. A similar story can be told for investment grade corporate bonds (for those managers whose mandate allowed a limited exposure to these bonds), as spreads fell from 532 basis points (just slightly above the precrisis average) to 363 basis points from the beginning of 2011 to the end of 2017, 3 even as defaults remained well below 2% for the period. Agency MBS spreads fell to record lows in early 2011, as the Fed’s quantitative easing bond-buying program took virtually all of the new supply out of the market, but have widened in the last 18 months as the Fed began tapering its purchases in late 2016.

In fact, in speaking with a large number of portfolio managers over the last six months, we found little optimism for returns through 2019 and even into 2020. Virtually all of the managers we have spoken to this year believe the A- and BBB-rated corporate market is fairly valued to richly valued (assuming they are being honest). They point out that company fundamentals, generally speaking, are solid enough to warrant the current narrow spreads. They also emphasize that should fundamentals begin to falter at some point in the future, liquidity and trading desks will be sorely tested. The high yield portfolio managers might be slightly more optimistic, if only due to the higher coupon income. Many of the portfolio managers we have spoken to over the last year have expressed positive opinions on various segments of the ABS market (securities backed by a wide variety of consumer loans, such as credit cards, auto loans, and student loans). However, these securities comprise a tiny fraction of the overall market, potentially able to provide some excess return at the margin, but not significant enough to drive portfolio performance.

If the “easy” money from tightening credit spreads is mostly gone and now replaced with the risks of widening spreads and slowly rising interest rates, can domestic fixed income managers outperform their respective benchmarks over the next few years? The short answer is, yes, it is possible, through active management. Spreads may be tight in all of the various sectors, but they still are providing additional income over Treasurys, allowing skilled managers to increase the total return of their portfolios by remaining selectively overweight to the spread sectors. Pure beta exposure to the spread sectors won’t be enough, and caution and timing will rule the day. Active yieldcurve management also will allow for some excess returns, as the Fed’s upward push on the front end of the curve fights the global demand for Treasurys in the intermediate maturities. Active portfolio managers also can take advantage of new issuance in the market, with higher coupons over the next few years, selling off their lower coupon holdings (likely at some capital loss), and increasing their total portfolio income more quickly than the rules-based benchmarks. All of these potential sources of excess return are easy to identify in theory, but are likely to be very difficult to execute in practice. The next five years may look very much like the 2003-2007 period, with 75% of active mutual funds failing to outperform the Aggregate Index. Or it may look more like the 2010-2015 period, with the brightest minds continually calling for weak performance for the asset class, which fails to materialize for five years.