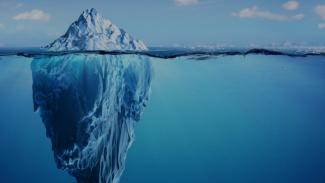 Does The Yield Curve & Business Cycle Signal A Recession?

The latest economic news may be causing an unsettling tinge of trepidation for investors, which is certainly understandable. The most ominous sign is the Treasury yield curve inversion.  The figure below illustrates that prior to the most current yield curve inversion1, it has inverted eight times since January 1962, and seven of those inversions were followed shortly by a recession. Not to raise an alarm, but that is a .875 batting average! The Federal Reserve’s (the Fed) federal funds rate cut2 on July 31 may be the most immediate cause of this inversion, t accompanied by a less-than-enthusiastic economic outlook. The Fed’s purported concern, of course, is the drastically slowing growth in Gross Domestic Product (GDP), which clocked in at 2.10% for Q22019. This figure was much lower than the first quarter’s 3.10% rate, and below the three-year average of 2.30%. In addition, the Core PCE reading (the Fed’s favored inflation measure) was 1.60% in July, significantly below its presumed 2% target.

We have highlighted the most negative items in the latest economic scorecard, and it may be that all of this will pass. So, why are we riling up investors? Because it pays to be prepared in case the worst does strike. Thus, we offer advice on how investors can position their equity portfolio from a risk-factor perspective. In another words, we analyze the risk-adjusted performance (based on the most well-known and widely accepted risk factors3 in the finance community) through various stages of the market from July 1963 to now, and then draw conclusions from this analysis.

The table illustrates that these three risk factors shine during recessions:7  Value (HML), Quality (QMJ), and Payout (CMA). Finance principles suggest this makes sense on an intuitive basis:  Firms whose fundamentals reflect fair value, have solid accounting measures, and pass the lion’s share of their profits to shareholders, rather than using those profits to invest in ever-expanding projects that run the risk of extending those companies financially, should prevail when a recession rolls around. Also, correlations between MKT and QMJ/CMA are more negatively pronounced during recessions, so emphasizing these factors at that time also can help to reduce a portfolio’s volatility.

In summary, investors should position their equity portfolio to combat the turbulence of recession by overweighting Value, Quality, and Payout/Dividend factors. This will help both to elevate the expected return of the portfolio and to subdue its volatility.8

1We use the difference between 10- and 1-year constant maturity Treasury yields, because these maturities have the longest data histories readily accessible from the St. Louis Fed’s FRED database. Other researchers advocate looking at 10- and 2-year, 10-year and 3-month, or even some other maturity bond yield differences, but the direction, if not the magnitude of these indicators, is essentially the same.

2Also the “dot plots”—the forecasts from the members of the FOMC (the group of people who vote on the direction of the federal funds rate)—show a drastic shift, from a median of about 2.75% for years 2020 and 2021 during their March 20 meeting (https://www.federalreserve.gov/monetarypolicy/files/fomcprojtabl20190320.pdf) to about a median 2.25% for the same period during their June 19 meeting. The market is signaling that even 2.25% might be wildly optimistic ((https://www.cmegroup.com/trading/interest-rates/countdown-to-fomc.html/).

3These are:  Market factor (MKT), Size factor (SMB), Value factor (HML), Momentum factor (MOM), Quality factor (QMJ), and Investment/Payout factor (CMA).  All of these factors are well known in the financial industry, but we note that the CMA factor is closely related to AQR’s Payout factor, which attempts to measure the fraction of profits paid out to shareholders. We use data from Fama-French and AQR’s data libraries.

5Somewhat arbitrarily, we assign length of ¼ of the overall expansion phase to EE and LE sub-periods, while allocating ½ to ME.

7Incidentally, note the poor performance of Value (HML) in the late-expansion stage, which mirrors the current struggles of HML and smart-beta strategies in general.

8For the sake of brevity, we have not included these results, but they will be available, along with other more detailed analysis, in a forthcoming QRG whitepaper.