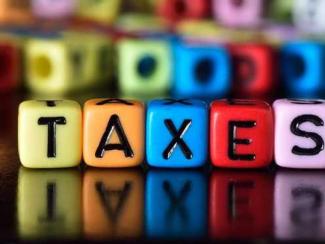 Did Companies Benefit More From The Tax Cut Than Taxpayers?

Yesterday was the last day for individuals to file their tax returns, and many Americans could be looking at a different situation this year from previous years, thanks to tax reform that went into effect for 2018. Major elements of the Tax Cut and Jobs Act of 2017 include reducing rates for individuals and businesses, simplifying personal taxes, increasing the estate tax exclusion, and repealing the individual mandate for the Affordable Care Act. Proponents believed that reform was necessary to stimulate the economy, simplify tax paying, and to keep American businesses globally competitive. One year in, it is too soon to judge the success of the bill, but tax day seems an appropriate time to look at its effects so far.

To date, corporations seem to be the largest beneficiary of the tax reform. Statutory rates, which were among the highest in the world, were slashed from 35% to 21%. The lower taxes helped corporate profits climb to record levels in 2018. Additionally, companies received a windfall in their ability to repatriate earnings held at a lower rate in foreign countries. It was hoped that the companies would use the increased earnings to boost investment and pay higher wages to workers. However, it is unclear that this occurred, as business investment increased early in the year but weakened in the second half. Also, workers seem not to be sharing in the boon, as businesses have not passed the tax savings on to employees in the form of higher wages. Mercer conducted a survey of 1,500 firms and found that only 4% planned to redirect tax savings to increased compensation. Rather, it appears that shareholders are deriving the most benefit from record profits in the form of share buybacks. 2018 was a banner year for share repurchases, with more than $1 trillion in announcements, and 2019 also is expected to exceed $1 trillion.

How much individual taxpayers have benefited from the tax reforms is less clear. Most taxpayers have reduced tax bills for the year, as an estimated 80% of taxpayers will pay lower taxes for 2018, according to the Tax Policy Center. Additionally, H&R Block reported that its average customer paid $1,200 less in 2018 compared with the prior year, based on tax returns filed through March 31. Interestingly, most Americans do not feel as though they have benefited from the tax cut. A recent NBC/Wall Street Journal survey found that only 17% of Americans believe their taxes went down. Part of this has to do with changes made to withholding tables which has resulted in Americans realizing the tax cut through higher take home pay. Many taxpayers had been used to having higher withholding in previous years and receiving larger refunds when they filed, using the withholding as a form of forced savings. Even though the average refund received this year has been similar to recent years, fewer taxpayers are receiving refunds because their paychecks were higher due to lower withholding throughout 2018. This has contributed to the misperception that their taxes were not reduced.

It does seem that economic growth received a short-lived benefit. Gross domestic product (GDP) grew at an annualized rate of 4.20% in the second quarter of 2018—the highest quarterly growth rate since 2014. The third quarter also experienced strong growth of 3.40% before declining to 2.20% in the fourth quarter. For the year, GDP increased by 2.90%, the highest calendar-year growth since 2015. It may be too simplistic to give all the credit or blame for the economy’s growth to the tax cuts. However, it does appear that the tax cuts, paired with increased government spending, had a modest, stimulative effect that may be temporary.

Perhaps the biggest result of the tax law changes has been the effect on the US budget deficit. Some lawmakers hoped that tax cuts would pay for themselves through increased growth. However, this was implausible, as the growth goals it relied upon may have been unachievable. Rather, the early results seem to suggest that US deficits will continue to balloon to record levels: In 2018 the US budget deficit was $779 billion, a 17% increase from the year before, and is expected to exceed $1 trillion in 2019. Overall, the Congressional Budget Office estimates that the tax cuts will add $1.9 trillion to the national debt over the next ten years.

It is still too early to evaluate fully the merits of the Tax Cut and Jobs Act of 2017. The economy is a complex system, with numerous factors determining success or failure. However, early results suggest that the average American has not benefited as much as corporations and shareholders have at the expense of record deficits. Ultimately, corporations must invest tax savings into boosting productivity and wages so that the benefits can be shared more broadly.