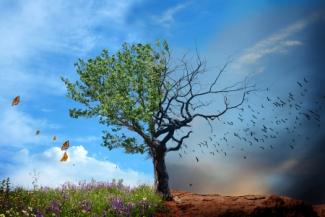 Here we are on the eve of another rate-setting meeting by the Federal Open Market Committee (FOMC), and the markets seem to be feeling pretty good. The Dow Jones Industrial Average (the Dow) is coming off its best June since 1938, the S&P 500 Index since 1955, and both have reached new highs in July. Everything is perfect, right? So, pack your bags and head for your favorite beach or lakefront. We will see you after Labor Day!

Not so fast. Maybe we should not be feeling so complacent. We all have heard the old adage that “bull markets climb a wall of worry.” So, maybe we should take a step back and survey a couple of the market’s current concerns. We never know when those clear skies may turn grey.

To begin, what is the worry? For starters, stock buybacks have been an important area of market support, and they are showing signs of slowing. Buybacks declined in the second quarter for the first time in seven quarters. Companies have long advocated for buybacks as a way to reduce the number of outstanding shares available, which in turn increases stock prices. It could be that the recent decline in buyback activity is the result of corporations reassessing the valuations of their own businesses, or maybe the flood of available cash from last year’s tax reform used to repurchase shares in the first place is starting to wane. Either way, the stock market must look for other sources of funding to maintain its upward climb.

Then, there is the small cap issue. Small cap stocks generally have underperformed larger cap names since the beginning of 2018. Many investors view periods when small caps underperform as a warning that the broader market may be approaching a top. Since small cap stocks are “riskier,” they should outperform when market sentiment is strong. Although the Dow, S&P 500, and Nasdaq indices all have posted recent record highs, the Russell 2000 small cap index is roughly 10% below its high of August 2018. How long small caps will underperform is difficult to say, but history has shown that difficult markets tend to follow.

Of course, political considerations, both here and abroad, have been driving economic decisions and financial markets more than ever before, whether they are the US trade war sparring match with China, increased tensions with Iran, Brexit uncertainty, the looming debt-ceiling battle, or any number of issues that lead businesses and securities markets to pause.

But enough about the worries: What will it take to keep the party going for the second half of the year? Well, Federal Reserve (the Fed) Chair Jerome Powell stated in his testimony to Congress earlier this month that “the economy is in a very good place,” and “we want to use our tools to keep it there,” maintaining that “it is very important that this expansion continue as long as possible.” Forget taking away the punch bowl—the Fed will likely give it a good spike!

The impressive equity market gains in the first half of 2019 were driven largely by both the Fed’s shift in policy and the market’s expectation for several rate cuts this year. Many pundits argue that it may not be wise for the Fed to cut rates when stocks are trading at all-time highs. However, less-than-ideal economic conditions and an inverted yield curve make it likely that we will see that first cut at the FOMC meeting scheduled for July 30-31. Though some analysts are predicting a 50-basis-point drop to kick things off, there is near unanimous opinion that it will be at least 25 basis points. How many additional cuts there may be after that is less clear, and depends on a number of factors, but it would eliminate the headwind from the prior tightening cycle.

Has the rate cut already been baked in, or might we see a short-lived rally? It is anyone’s guess. However, a recent study found that in every case since 1971, when a new cycle of interest rate cuts was begun during a period of economic expansion, the market was up three, six, nine, and 12 months later 100% of the time. Those are pretty good odds!

That said, we might now need to add monetary policy impotence to the bull market’s wall of worry. In the latest Bank of America Merrill Lynch survey of roughly 200 global fund managers, participants cited concerns about depending on central banks for a market boost as their second-most-voted-upon tail risk behind the ongoing trade war. Fund managers express unease that the Fed’s actions may not be enough, and their expectations of both an earnings recession and debt deflation remain dominant concerns.

So, enjoy the rest of your summer and do not forget your sunscreen, but keep one eye on the horizon—changeable weather could be ahead.