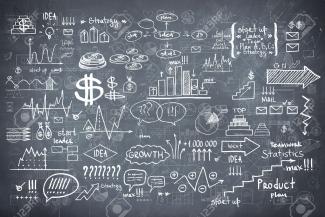 We learned in Finance 101 that beta is a metric designed to gauge sensitivity. A stock with a beta of 1.50 relative to the S&P 500 Index should, on average, gain or lose $1.50 for every $1 gained or lost by the index. Growth stocks, which often have relatively high price-to-earnings ratios, tend to have beta values greater than 1.0, whereas value stocks generally have lower P/E ratios and show beta values below 1.0. Thus, conventional wisdom dictates that growth stocks should lead the charge during equity rallies, and value should serve as the safe haven through drawdowns, right?

Ask most active value managers why they have underperformed, and the answer is likely to be some version of the value style being out of favor relative to growth during this market cycle. And, that is fair. After all, we are in the longest-running bull market to date, now at more than ten years. It fits the traditional model of thinking…except for the fact that Q42018 was the S&P 500 Index’s worst quarter since 2011, and these high P/E names trounced the low P/E names during this downturn.

The real kicker? An exhibit published by Todd Asset Management, LLC illustrates that when dividing the S&P 500 Index into quintiles by P/E, from December 31, 2018, to June 30, 2019, the stocks with the lowest average P/E ratios actually had the highest average beta at 1.09; stocks in the quintiles with a higher average P/E had beta values below 1.0!

In other words, beginning in Q42018 and extending through mid-2019, high P/E stocks actually have been less sensitive to market movements than low P/E stocks. Meaning, expensive growth stocks have shifted to becoming viewed as the safe haven!

Is up the new down? Have investors forgotten the pain of 2008? Doubtful, given the plethora of daily headlines flashing recession warning lights. Rather than blindly clinging to traditional adages, and in the spirit of being open to regime changes and shifting paradigms, perhaps investors need to ask better questions. For instance, is it now more appropriate to view companies like Apple, Amazon, and Netflix as consumer fixtures than as boom/bust, high-flying tech names?

Further clouding matters are hot-button political concerns such as impeachment proceedings, China’s stumbling growth rate—6.20% in the second quarter, its slowest in more than 27 years—all shrouded in the 15-month trade war (trade concerns and impacts of tariffs had 28 mentions in the Federal Open Market Committee (FOMC) September meeting minutes). Analysis from Ned Davis Research shows that equity markets, quite remarkably, have risen in the year following midterm elections, in a trend that has repeated each and every midterm cycle since 1934, with an average trough-to-peak gain of +46.91%. Although 2018-2019 has not yet reached that performance threshold, the S&P 500 Index did rally to an all-time high in 2019. Studies suggest that a reason for this trend is that presidents preserve stimulus programs for the end of their term in order to boost the economy and improve their reelection chances. In yet another departure from historical norms, however, President Trump employed tax cuts relatively early in his term. Thus, speculation ran rampant that President Trump’s August round of tariffs was meant, in part, to pressure Jerome Powell, Chair of the Federal Reserve (the Fed), to facilitate more aggressive rate cuts to boost markets, culminating with his tweet: “My only question is, who is our bigger enemy, Jay Powell or Chairman Xi?”

In the September FOMC meeting, the Fed initiated the second rate cut of 2019, again by the standard increment of 25 basis points, due to trade uncertainty and slowing global growth. (Keep in mind that each rate cut becomes a proportionately larger decrease, as shaving 25 basis points from the 1.75%-2.00% range is a greater cut in relative terms than 25 bps from the 4.25%-4.50% ranges we saw at the dawn of the financial crisis in 2007.) This begets another possible shift investors may not be prepared for, namely: Is the market overly optimistic in pricing in future rate cuts? Have we grown dependent on easy money in this “lower for longer” era? According to a Yahoo Finance report, the CME Group estimates the odds of a third rate cut in late-October 2019 at 84%. That said, in September’s FOMC meeting, the Fed’s policymakers were divided three ways on interest rates: The majority favored the most recent rate cut, but a separate group wanted a cut of 50 basis points, whereas a third faction wanted no rate cut at all.

So, is this shift in beta norms from 2018-2019 merely noise, or is it the canary in the coal mine signaling yet another “New Normal”? The result remains to be seen and is likely somewhere between—an indicator, perhaps, that the prudent investor would be well served to question some longstanding assumptions rather than assuming history is destined to repeat itself.