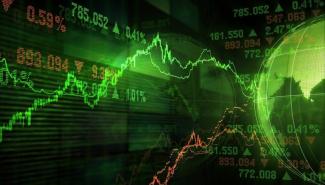 The domestic equity market continued to roll right along in August, driven by the Information Technology, Health Care, and Consumer Discretionary sectors. Given the much higher representation of these sectors in the growth indices, it is no surprise that growth outperformed value across the market cap spectrum. The Energy sector was the worst performer for the month, driven by the falling price of oil from its early August highs. This is the fourth consecutive month of positive returns for the large cap indices and the sixth consecutive month for the small cap indices. Positive earnings reports, particularly in the first half of the month, and a strong GDP report allowed investors to shrug off headlines of increasing trade tensions, weaker-than-expected growth outside of the US, and general geopolitical instability. Valuations remain high, particularly in the large cap space, but most of the managers we spoke to this past month continue to believe the company fundamentals support these valuations.

Small caps, as represented by the Russell 2000 Index, led the way, up 4.3% for the month, whereas the Russell 1000 Index was up 3.4%. As noted, the growth versions of the index outperformed in August, with the small cap growth index up 6.2% and large growth index up 5.5%. The Bloomberg Commodity Index as a whole was down ̵1.8%, and the Dow Jones U.S. Select REIT Index was up 3.0% for the month.

The international equity markets1 were quite another story, as the EAFE Index was down 1.9%. Uncertainty around Italy’s budget plans (and the subsequent spike in the 10-year Italian government bond), worries over possible contagion from the currency crisis in Turkey, and escalating global trade tensions were all drags on performance. European markets were down 2.8%, with Italy (-9.5%), Spain (-5.9%), and the UK (-4.2%) being the leading detractors. Japan, despite its continued struggle to generate any significant economic growth, was one of the few bright spots, up 20 basis points on the month. The emerging markets were the bigger story during the month, as the MSCI EM Index declined 2.7%. The situation in Turkey intensified in August, as the US announced the doubling of tariffs on Turkish steel and aluminum imports because of the detainment of a US citizen in Turkey. This put further pressure on the stock market, which was down 29% during the month and more than 50% for the year. The Turkish lira also was down 25% in August against the dollar, as the country is running a significant current account deficit, and inflation hit almost 16% in July. Elsewhere, the Latin American markets were down more than 8%, Russia dropped by just under 7%, and Greece declined 10%.

The municipal bond market struggled for the first time since April, as muni yields did not fall along with Treasury yields in the first three weeks of the month, but did rise over the last ten days of the month, particularly in the short end of the yield curve. New supply in the municipal bond market remains scarce, whereas municipal mutual funds received steady inflows throughout the month. However, institutional owners (primarily banks and insurance companies) continue to trim their holdings in response to their lowered tax rates. Returns were slightly negative across the first five years of the municipal indices, whereas the 10-year index was up 31 basis points, and the long maturity (22 years and longer) index was up 41 basis points. High yield munis continued their strong year, up 80 basis points in August and 4.9% for the year.

International developed bond markets were down slightly during August, with the Global Aggregate Index (excluding US securities) posting a loss of 31 basis points. Falling rates within the core eurozone were offset by a rise in yields in the European periphery, driven by concerns surrounding the levels of Turkish debt held by Spanish and Italian banks, and Japanese Government Bond yields remained flat. The euro and yen were largely flat versus the US dollar throughout the month; however, the British pound sterling and Australian dollar depreciated, resulting in the dollar-hedged index posting a modest five-basis-point return. Emerging markets bonds were turbulent during the month, following solid performance in July. Country-specific headlines, most notably in Turkey and Argentina, have fueled a crisis of confidence in the asset class, with local currency assets taking the brunt of the blow (-6 .1% versus -1.7% for dollar denominated debt, and ̵1.0% for EM corporates). The asset class as a whole has struggled year to date , but many non-US fixed income managers continue to believe the majority of issuers remain fundamentally sound and offer attractive relative value, though they expect the market to remain volatile over the near term.

1Unless otherwise noted, returns are for the appropriate MSCI Indices in US dollar terms

2Unless otherwise noted, returns are for the appropriate Bloomberg Barclays Indices