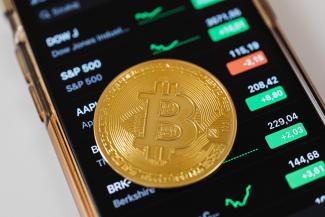 A Quick Guide to the Evolving Cryptocurrency Market

Cryptocurrency has been a hot topic of discussion for many years now. It is a type of digital currency that only exists electronically, meaning there is no physical coin or bill associated with the transaction. Many people use cryptocurrency for quick payments, to avoid transaction fees that regular banks charge, or because it offers some anonymity. Some also hold cryptocurrency as an investment in hopes that the value goes up. Cryptocurrency typically is bought from online exchange platforms or is awarded through a process called “mining”.

Cryptocurrency is different from traditional currency in a few ways. First, it ensures user autonomy. Digital currency allows users to have more control over their money than government-issued currency, allowing users to control their “decentralized” currency without a bank or government being involved. Because cryptocurrency transactions are separate from the government, there are very low transaction fees for international payments. Another benefit of cryptocurrency is its accessibility. The transactions are made using a smartphone or computer, which makes it more available to larger populations, especially those who do not have access to credit cards or other methods of payment. As the use of cryptocurrency continues to grow, bitcoin and dogecoin cryptocurrencies are increasing in popularity.

Bitcoin, the first cryptocurrency created, is still the most commonly used form today. When Bitcoin was created in 2009 until April 2011, the price of bitcoin was stable at approximately $1.00. Today, one Bitcoin is worth $36,634.79. Bitcoin has a supply of 21 million, which creates a “built-in scarcity”. Despite the use of the word “mining”, they are not creating more bitcoins. This offers some investors a way to hedge against inflation. The scarcity is one reason why bitcoin is the most commonly traded cryptocurrency. Some argue that scarcity is also the main cause of the significant run-up in price. Market interest has increased drastically which has driven the price up. Bitcoins have become valuable because people are willing to exchange them for real goods and services, and sometimes even cash. Some believe bitcoin is world-changing technology that has the potential to transform how money will work in the future. Others believe that Bitcoin’s blockchain design is flawed and the decentralized structure, while attractive on the surface, presents fraud and theft risks. Due to the complexity of Bitcoin’s blockchain design, the “mining” (or auditing) process requires elaborate computing using powerful hardware. This process consumes significant amounts of electricity and, as a result, some states are restricting crypto-mining.

Dogecoin is another form of cryptocurrency. It was started as a joke but is now the world’s fourth-largest cryptocurrency. When introducing dogecoin into the market, its creators relied on the principles that bitcoin used for its development, which could be a reason as to why it has done so well. Within days after the launch, dogecoin saw a 300% increase in value. On December 31, 2020, Dogecoin was trading at $0.00468 and is now trading at $0.33. Dogecoin is also inflationary because more doge is printed every day, providing an infinite supply to be sold. Though this allows for a lot of investment, an unlimited cap on supply could negatively impact its value over time. Because of the difference in supply between dogecoin and bitcoin, Dogecoin is seen as a short-term trade. Some investors believe that Dogecoin will soon surpass Bitcoin as a usable form of cryptocurrency due to its simpler blockchain design structure and the fact that there is more liquidity because doges are constantly being created.

While both bitcoin and dogecoin have been labeled as potentially risky investments because cryptocurrencies are highly volatile, they seem to be changing how money will work in the future. Speculators have driven the prices up very quickly, and experts warn that people should only invest what they can afford to lose. The decentralized nature is attractive to those who are worried about governmental currency manipulation, hyperinflation or other disaster scenarios. Time will tell which cryptocurrencies will win, but it will likely be the most transparent and least complicated design that attracts long-term market support of investors and companies accepting the form of currency.