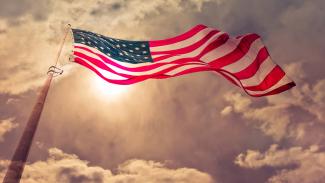 Home of the Brave

On the morning of September 14, 1814, Francis Scott Key penned the first verse of The Star Spangled Banner on the back of a letter as he watched with pride as a group of US soldiers raised the American flag over Fort McHenry a day after more than 24 hours of continuous bombardment by the British. For the history buffs among us, the battle was a critical victory in the War of 1812 that began, somewhat ironically, given the current state of affairs with China, over a trade war with Britain. The instantly recognizable lyrics, which would not officially become our country’s national anthem until 1931, still resonate deeply with Americans and are a fitting backdrop for our discussion this week. Although Britain is no longer the primary subject of our trade grievances, the status of intercountry relations and the shape of the global trade landscape remain paramount to the health of our stock market and economy overall.

The state of US-China trade affairs is certainly one of many public concerns that will weigh on Federal Reserve (the Fed) officials as they assemble in Washington next week for September’s FOMC meeting. The consensus seems to be that the Committee will cut rates by 25 basis points, although some would advocate for zero or even negative interest rates. The press had a field day on Wednesday when President Trump called for Fed ‘boneheads’ to slash interest rates to zero or less in an attempt to mimic what many of our trading partners are doing, refinance our debt, and “pay the lowest rate.” Notably, several large central banks began cutting rates earlier in the year, a trend that analysts expect will continue given existing trade dynamics and weakness in global growth.

The dollar has indeed rallied for the better part of the last 18 months on the heels of strong demand for US government debt—a light in a sea of low- or negative-yielding assets. The Chinese yuan recently hit an 11-year low against the greenback (7.1 CNY: 1 USD), and many analysts believe it could weaken further going into year end, as China strategically allows its currency to remain low to retain trading power over its competitors and make its goods less expensive in international markets. Structural issues in countries like Columbia and Argentina have been particularly pronounced, as currency collapses in recent weeks have propelled them to all-time lows against the dollar. Inevitably, we saw some dollar weakening this week ahead of the FOMC meeting, and would expect demand for the dollar to continue to ebb given the existing lower rate trajectory.

On Thursday, the European Central Bank (ECB) announced that it would cut its key interest rate by 10 basis points to -0.50% and recommence its monthly bond repurchase program to the tune of €20 million per month of eurozone debt beginning November 1— setting the stage for an extended period of quantitative easing in the region. ECB President Mario Draghi cited weak growth and muted inflation as key factors in driving its decision. In response, President Trump renewed his pressure on the Fed, expressing frustration with the pace of domestic interest rate cuts. The reality, of course, is that the US economy, while slowing, is otherwise fairly sound, and the Fed’s measured approach offers flexibility to take more aggressive action down the road should a sharp downturn occur. Certainly, Draghi’s successor, Christine Laggard, could face a constrained toolkit with which to address any further deterioration in the region when she takes office on November 1.

Among the leading indicators this week, initial jobless claims fell by 13,000 to 204,000, August’s core Producer Price Index (PPI) came in higher than expected (0.30% vs 0.20%), showing some pressure on producer margins, and August’s core Consumer Price Index (CPI) also rose more than expected (0.30% vs 0.20%), with signs of inflation trickling through to the consumer. US stocks were up on hopes of easing US-China trade tensions, following news that Trump would delay Chinese tariffs from October 1 to October 15 as a gesture of good will in response to Chinese Vice Premier Liu He’s request for a reprieve related to observing the 70th anniversary of the founding of the People’s Republic of China. In return, China waived import tariffs on 16 US goods, including shrimp and fish meal. Also in the headlines were the Hong Kong Stock Exchange’s bid for the London Stock Exchange; several major corporate layoffs (including State Street, Schwab, and Uber); and National Security Advisor John Bolton’s resignation. Notably, Bolton and President Trump have publically disagreed on many issues of national security, with the most recent being what he viewed as President Trump’s ill-timed invitation to meet with the Taliban at Camp David to discuss an Afghan peace treaty ahead of the 18th anniversary of the September 11 attacks.

In closing, we would be remiss not to pay a somber tribute to the memory of our financial services colleagues lost that fateful day. As we imagine the awe that Francis Scott Key must have felt as he watched his comrades overcome adversity and raise the American flag during the Battle of Baltimore, We cannot help but draw parallels to the sense of patriotism and unity we felt as a nation as we watched with bated breath the fire fighters raise our flag on Ground Zero 18 years ago. Whether the US economy will face recessionary pressures is uncertain, but we continue to believe that there are few better places to be invested than the good ole’ USA.