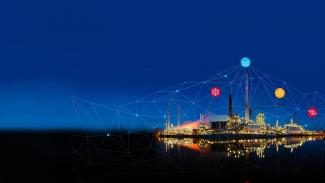 Although the cryptocurrency market may not be snagging headlines to the degree it did in late 2017 and early 2018, Venezuela, formerly Latin America’s richest country, has fallen into an economic downward spiral, and now is looking at the crypto market as a source of “de-risking” its economy. This is somewhat ironic, given that demand for cryptocurrencies can be viewed as a proxy for financial risk appetite. However, Venezuela’s goal in adopting cryptocurrency is to help fight the hyperinflation that is devastating this resource-rich country. Enter the Venezuelan cryptocurrency, the “Petro.” Though other countries, like Russia and the United Arab Emirates, have launched similar “crypto-projects,” Venezuela’s cryptocurrency is unique, in that it is the only one to be backed by an asset—the country’s vast oil reserves. The currency was launched in February, but beginning August 20, 2018, Nicolas Maduro, Venezuela’s president, announced the state-owned oil giant Petroleos de Venezuela (PDVSA) will begin using the digital token as a mandatory accounting unit.1 At the same time, the country is rolling out a new currency pegged to the cryptocurrency: “sovereign” bolivars. This new banknote will shed five zeroes from the former bolivar (i.e., 250,000 converts to 25).1

Let’s take a step back and review basic hyperinflation. Simply put, hyperinflation is rapidly accelerating inflation, eroding the real value of a currency as the prices of goods increase. Hyperinflation is sometimes referred to as the “wheelbarrow problem,” as consumers must bring such massive amounts of currency to afford even small items (like groceries) that they might as well use a wheelbarrow to transport the payment. This sometimes results in the population switching to more stable foreign currencies, like the US dollar, which causes additional issues for the country, as it can introduce asset/liability currency mismatches. Once a population puts enough of the alternate currency into circulation, or even adopts it as an official currency, the sovereign government loses its ability to print money and pay its bills, further exacerbating the problem. Economists cite a number of possible causes for hyperinflation: large deficits financed by printing money versus borrowing or raising taxes, a drastic decrease in export prices, or a sharp decrease in tax revenue. Venezuela suffers from all three of these, with rampant government spending, an inability to borrow due to sanctions, a crash in oil prices in 2014 that has never fully recovered, and a population exiting in droves.2 This leaves the country with an inflation rate that topped 60,000% as of August 20, 2018 that is projected to exceed a mind-boggling 1,000,000% by the end of 2018, which would make it the worst hyperinflation crisis in modern history.3

So what does President Maduro hope to gain from this move, as the country precariously teeters on economic collapse? Perhaps most important is establishing a currency with a more stable value. The Petro will be backed by crude oil and will fluctuate based on oil prices, helping to set prices for goods. Second, this currency could be used to circumnavigate sanctions the US placed on the country last August, prohibiting US citizens and associated entities from negotiating new debt with Venezuela and PDVSA. This in effect closed the country’s access to financial markets and crippled its ability to pay debt, on which the country is currently $6 billion dollars in default.4 Finally, some see the Petro as an opportunity to attract new international investors, specifically cryptoenthusiasts, who may view it to be a compelling risk/reward. However, this all must be done under the pretense of the Venezuelan government prioritizing an ethical stance in carrying out this project, which in and of itself is a source of concern.

Needless to say, President Maduro’s plan has been largely criticized by academics, the International Monetary Fund, and Venezuela’s opposition leaders. As Venezuela’s government has largely stopped reporting economic data, most critics remain skeptical about unchecked government spending using drying up revenues. They argue a simple “face lift” to the bolivar’s redenomination does not really change what’s underneath, but is simply an outward appearance.5

Drastic measures are clearly on the table for a country with extraordinary problems. Could the crypto market be a lever with which to take some risk off the table for a country in turmoil? Unfortunately, outsiders, and to a more concerning degree, Venezuelans living through this economic and humanitarian crisis, must wait and see, as the Petro is moved toward center stage, and banks across the country are closing to prepare the “sovereign” bolivar for action.